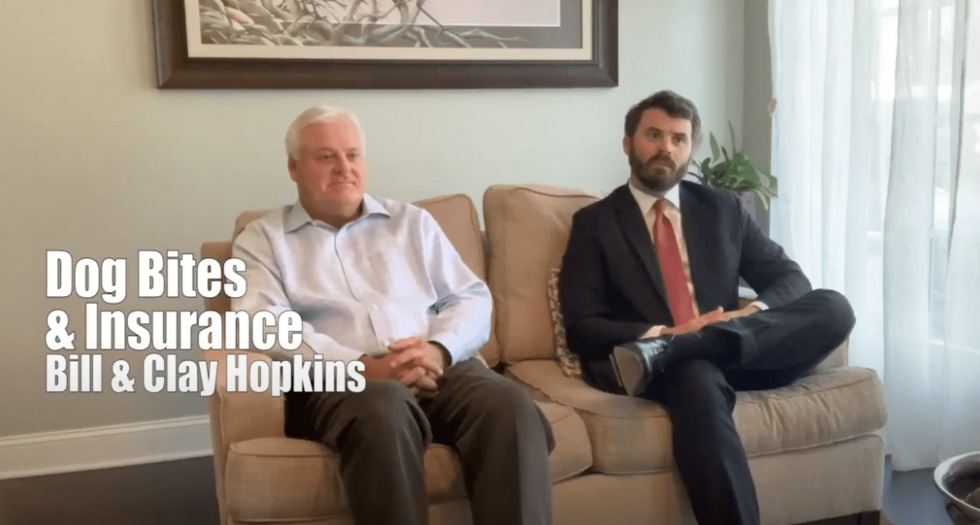 Whitney M. : I'm with Bill and Clay Hopkins. And we're going to talk about a recent case that you settled, Bill, I think it was a dog bite case.

Bill Hopkins: Correct, yes. We did, we were able to successfully obtain a good recovery for our client who unfortunately suffered serious permanent injuries as a result of a pretty vicious dog attack by three dogs.

Bill Hopkins: You've heard the expression, “No good deed goes unpunished.” Her next-door neighbor had been incarcerated on a bench warrant. And he called and asked her to go feed her dogs while he was incarcerated in his absence. And she knew the dogs and had been around the dogs before and been on the property several times before. But for some reason, on this particular instance when she went to feed the dogs, the three of them pretty savagely mauled her. Resulting in her being airlifted to the trauma unit and she's had several surgeries since then.

But in South Carolina, a lot of folks don't know this, we have now a strict liability. And what is strict liability? That means, it doesn't matter if the dog has ever bitten anyone before, it doesn't matter unless you provoke the dog, or unless you are trespassing on the property which you shouldn't be on, basically the owner of an animal is strictly liable for any injuries that dog causes on the property. We used to have a wooden-by rule in South Carolina. Which means until a dog bites someone, initially or showed a propensity to be dangerous, you didn't really have a duty to control the animal.

But in South Carolina we sense have changed the law. Now we have strict liability. So, if your dog has never growled at anyone before, it doesn't matter. If they bite somebody who is lawfully on the property, you are going to be liable.

Whitney M. : Okay. So, how do you kind of figure out the case? She contacted you? How do you work this kind of case?

Bill Hopkins: Sure, well when she called us, the first thing we wanted to make sure is that she got the medical treatment that she needed. At least got to the point where they call maximum medical improvement that she had gotten as well as she was going to be or could be. She is still not, of course, as well, hasn't healed completely. We went and made a claim. At that time, we spoke to the gentlemen, the neighbor, to make sure that he owned the dogs, that they were on the property, and that he was not going to allege that she was there trespassing or unlawfully.